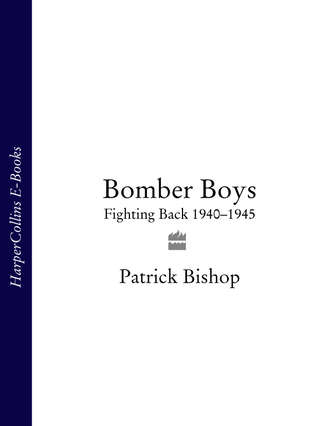 In ‘Fighter Boys’ Patrick Bishop brought to life the pilots who flew Spitfires and Hurricanes in the summer of 1940. Their skill and bravery decided the Battle of Britain, which saved the nation from invasion and created the conditions for Hitler's defeat.In ‘Bomber Boys’ he tells a different but equally fascinating story. The 125,000 men from all over the world who passed through Bomber Command were engaged in a form of warfare that had never been fought before and never would be again. Between 1940 and 1945 they flew continuously, stopping only when weather made operations impossible. For much of that time they were the only warriors capable of hitting Germany in its own territory. There was nothing romantic about their struggle. Often barely out of boyhood they lived on bleak bases, flying at night on long, nerve-racking missions that often ended in death. The odds of surviving were stacked heavily against them. In all 55,000 were killed, nearly one in ten of all the British and Commonwealth dead.Despite these sacrifices, the Bomber Boys have remained on the edges of our collective memory of the war. When the fighting stopped they became something of a a political embarrassment. Their actions have been the subject of a controversy that continues to the present, obscuring not only the losses they suffered but also the courage, comradeship and fortitude with which they fought.In this powerful and moving book Patrick Bishop describes compellingly the character, feelings and motivations of the bomber crews and pays tribute to their heroism and determination. They were among the best of their generation, who were called on to carry out one of the grimmest duties of the Second World War. ‘Bomber Boys’ brilliantly restores these men to their rightful place in our consciousness.